A visit from the Princess Royal – Manx Carriage Driving 4 Disabled

A visit from the Princess Royal

Ballavartyn Equestrian Centre has been host to a number  of equestrian events, however, today ,on  Tynwald Day, July 5th  2021, it held host to royalty with a visit from the Princess Royal (who had opened the facility back in 2014).

Upon arrival, accompanied by the Lieutenant Governor Sir Richard Gozney,  Princess Anne ,who is the President of the Riding for the Disabled Association, was formerly introduced to the owner, Mr Ken Blaymire, and the  employees of  Ballavartyn, followed by Margot Dahn, RDA UK Carriage Driving Coach and founder member for  Manx Carriage Driving 4 Disabled, which is a full member group of RDA UK incorporating Carriage Driving.

On display was the first wheelchair friendly carriage, which has been acquired by the charity, which was dedicated to the Princess Royal’s visit back on 6th July 1994, in memory of Percy Radcliffe CBE President of the RDA IOM Branch, and the first Carriage driving for Disabled group on the Isle of Man.

In the outdoor arena, the MCD4D volunteers  and drivers,  put on a display with RDA pony, Teddy, who was put to the Fenix freedom carriage and was being driven by MCD4D Chair, Dr Bethany Haller Moore, skilfully around a cones course ,  initially with RDA CD Coach  Linda Kneale, following which RDA CD Coach  Caroline Skelly and Amy Kaighin demonstrated their driving skills to the Princess Royal.

Princess Anne found time to chat to all the team and guests before presenting RDA  certificates.

Martin Sewell for a recipient Above and Beyond Certificate for fundraising: further certificates were presented for Endeavour . These went to Nicki Neal, Linda Kneale and Amy Kaighin.

The visit was concluded by Dr Bethany Haller- Moore presenting a posy of flowers to Princess Anne.

Afterwards, MCD4D members met up afterwards in the Ballavartyn canteen. Chairwoman Dr Bethany Haller Moore proposed a toast, recognising the efforts of the club’s founder members and their colleagues ,who give up their valued time to making this charity function. 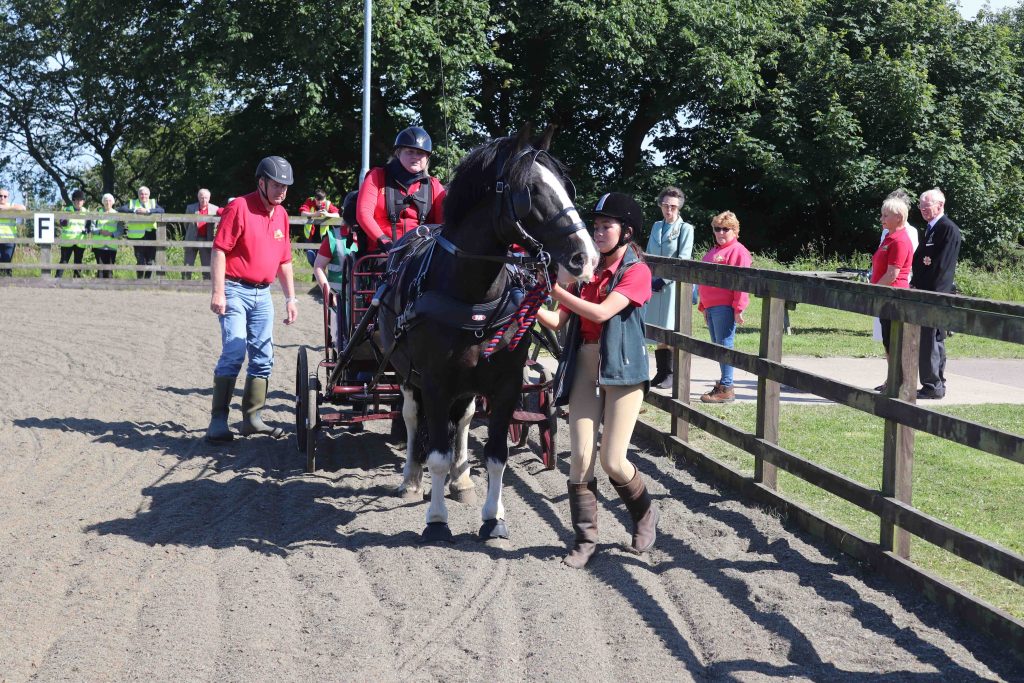 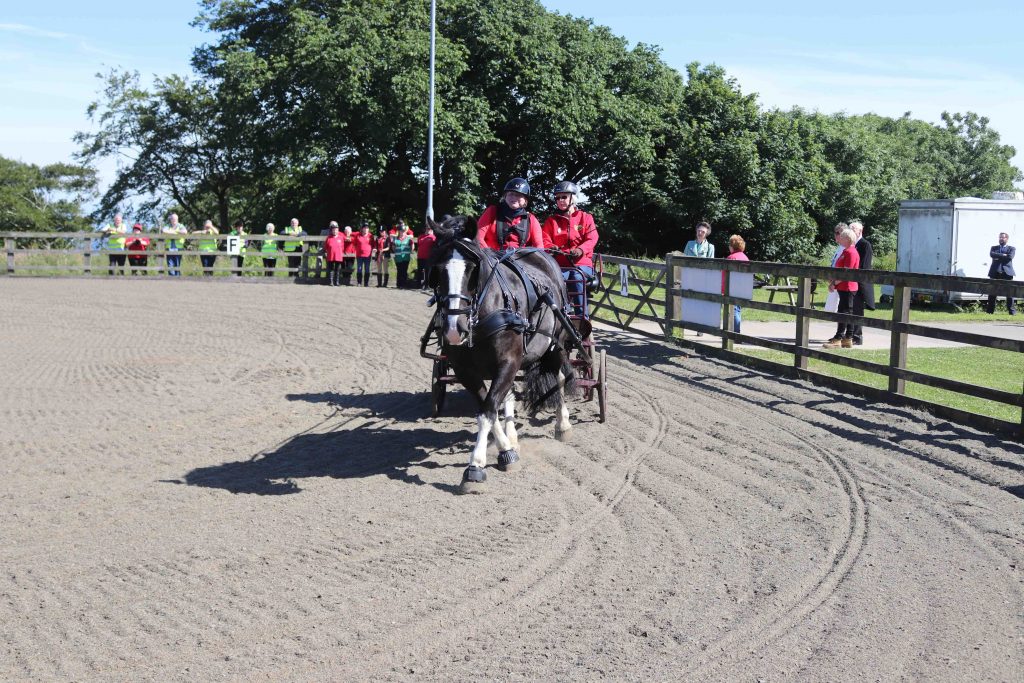 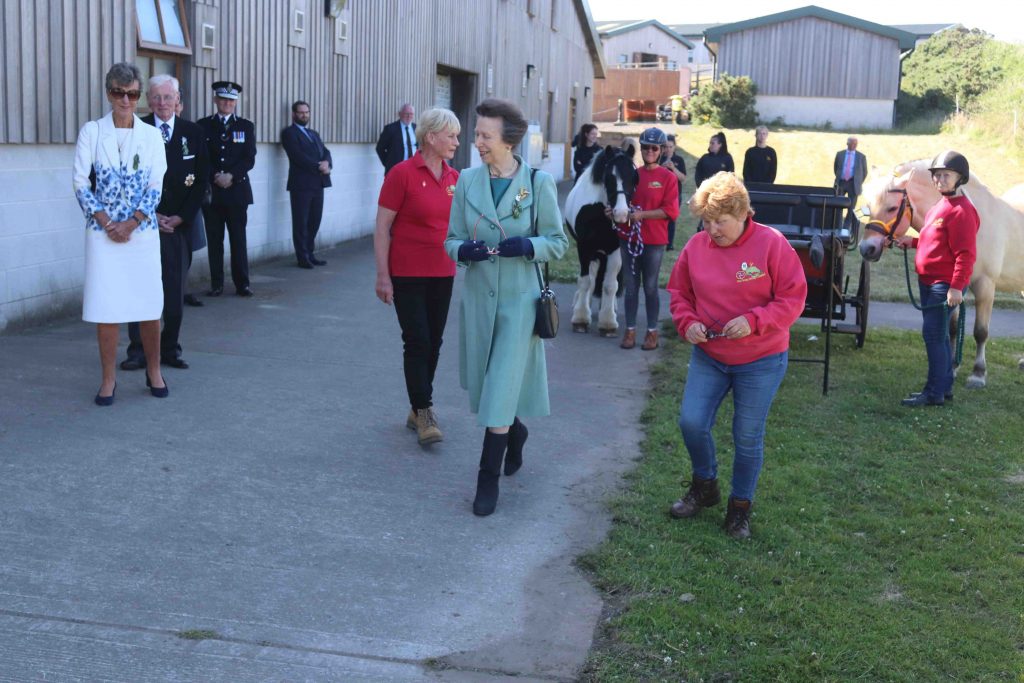 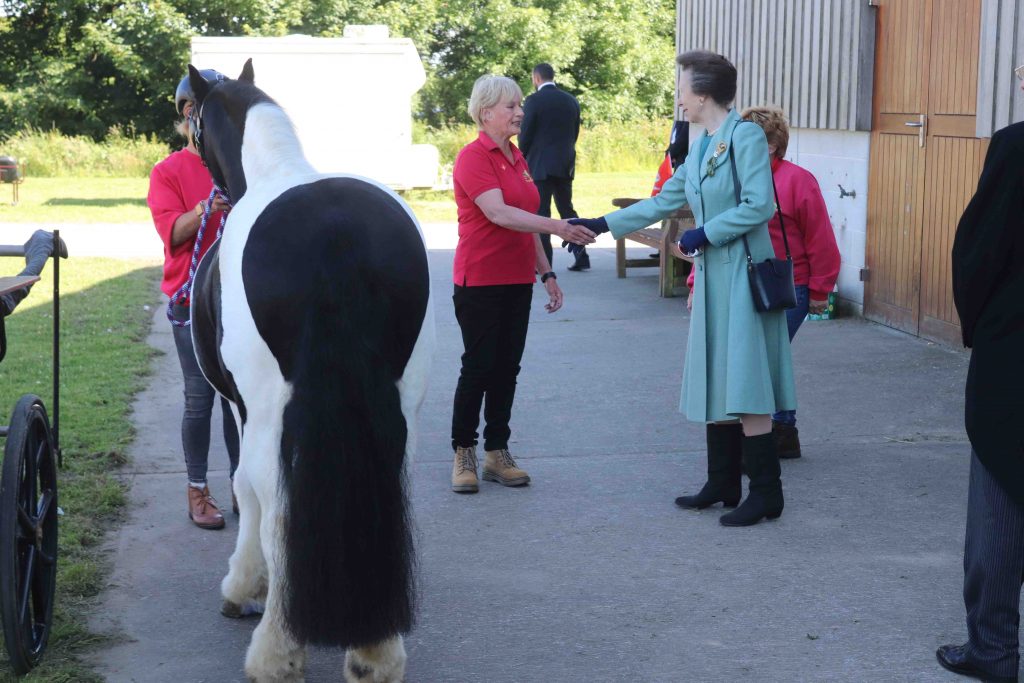 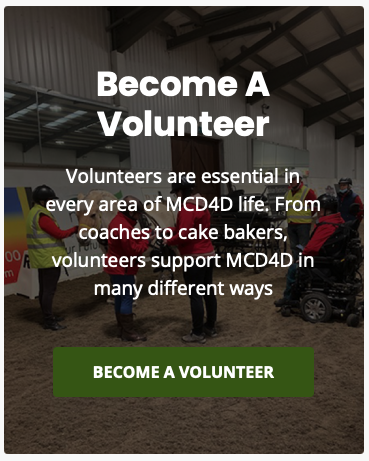